We will notify you as soon as there are news about the next Applied Summer School!

The Applied Summer School offers students of the DHBW at the end of the second or fourth semester, a week full of workshops on current topics (which can be honoured as optional or additional subjects), a varied cultural program and a coding competition (at the end of the week). The daily program will take place on the campus of our partner company Loccioni in the Marche region of Italy.

Participants can select and register for a topic-block from a selection of workshops. The lectures will be held by experienced faculty members of the DHBW. During the Summer School 2018 for example the workshops “iOS Development”, “Android Development”, “UX/UI Design”, “Backend / Microservices” and “Internet of Things with the Bosch XDK” were offered.

The workshops close with a two-day coding competition. The teams are composed of participants from different workshops. Here, the contents of the workshops are deepened in a competitive environment. At the final event, the project results are presented and the best team is awarded a lucrative prize.

The Summer School not only consists of lectures, workshops and competitions. In addition to the compulsory activities, all participants have plenty of time to pursue leisure activities. The Ancona venue in Italy offers great sights, plenty of nature and delicious food. Excursions to the sea or to a museum are a matter of course.

Partner and venue in Ancona, Italy

Loccioni integrates ideas, people and technologies in developing automated measurement and quality control systems to improve the quality, the efficiency and the sustainability of products and processes.

The commitment is measuring to improve, thus helping all those who manufacture products or offer services to do it in the best way possible, thereby saving time, money and respecting the environment. 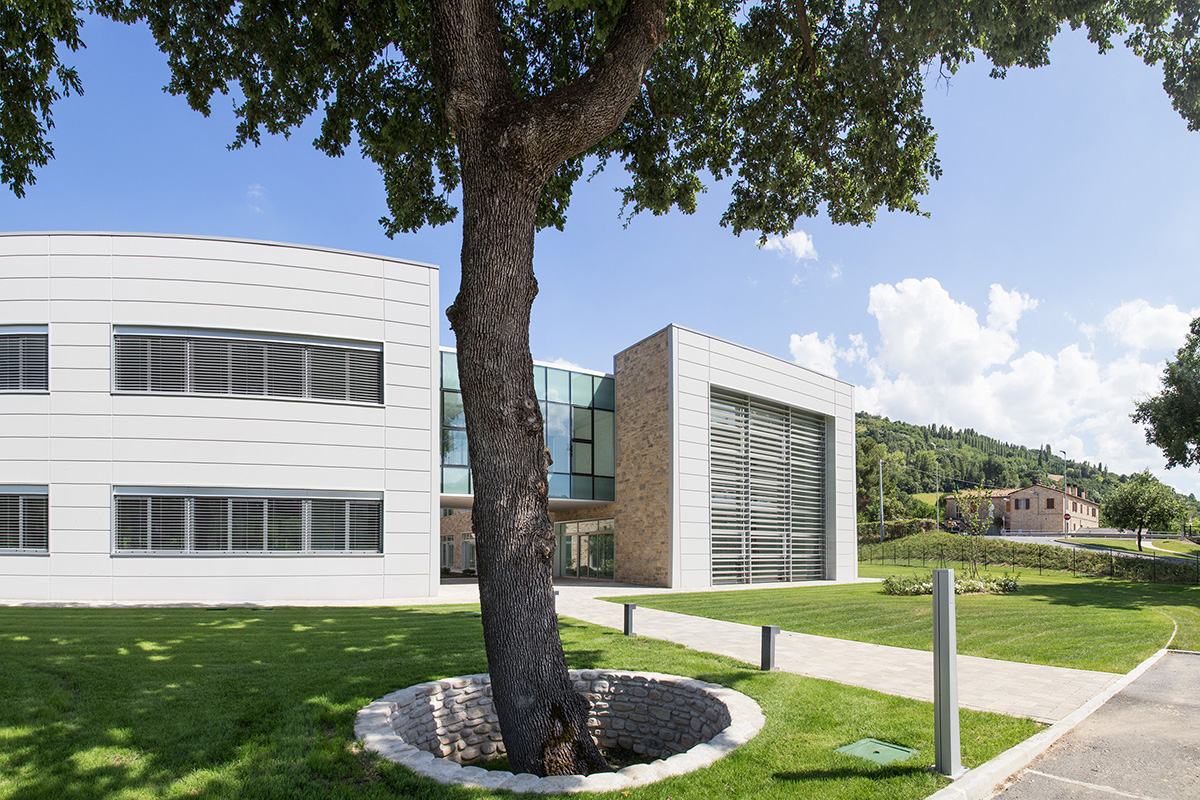 Clients and partners are world leaders in their markets, from Automotive to Home Appliances, from Environment and Energy to Health Care Technology, from Train & Transport to Aerospace and Agriculture.
Research & Development and an innovative mindset are the foundations of our work. Winning first place at the Bayer Grants4Tech Robotic Challenge and obtaining the Bosch Global Supplier Award in the Test Bench Equipment category in 2017 are some of the results of the creative and passionate work of our 450 collaborators. In Loccioni, people are the core value and thanks to their commitment we collect the highest technological challenges to give our little contribution to the wellbeing of people and planet.

Loccioni encourages and practices learning across all generations. It is our aim to stimulate the interest and passion for innovation and technology early on. This is why every year we host more than 1000 pupils from ages 6 to 18 as well as University students at Loccioni who collaborate and interact for some time with our collaborators – to learn from each other and to grow together.

Thanks to a Public-Private-Partnership with the municipality of Apiro, Loccioni is working on a project of Rural Innovation: the revitalization of Saint Clemente Valley. It includes the valorization of Saint Urbano Abbey, a beautiful Romanic church of the 11th century and the heart of the Valley. In this area, where Enrico Loccioni was born and owns some land, the idea is to create an Innovation Hub for the Agriculture of the Future. Data science, robotics interconnected systems and the Internet of Things combined with the concept of sustainability and the ancient traditions of the local agriculture shall represent a reference model for the development and enhancement of rural areas.
San Clemente Valley is going to be one of the first real examples of a circular economy, it will prove that it is possible to create balance between man and nature, tradition and innovation. The honey laboratory and the “sensorized” beehives, the energy of the sun, the automatic irrigation of olive trees, the prevention of wasting water and instead the collection of rain water are only a starting point.

You will discover the “Land Of Values”, which is not only an acronym for the Loccioni agricultural holding LOV, but the valorization of Le Marche, a region that encloses the simple and modest values of the farming culture. Loccioni, whose origins are closely bound to this culture, collaborates with some partners of the territory in order to enhance the local suppliers and make the experience in this land a beautiful and unforgettable moment.
LOV means taking care of guests and customers, introducing them in a friendly and confidential family-life atmosphere, giving them the chance to savor the good and healthy food coming from this beautiful land.

the workshops of the Applied Summer School 2019

We also offer workshops and trainings outside the Applied Summer School!

The projects of the Applied Summer School 2018

The projects of the Summer School 2018 were completely dedicated to “Digital Farming”. The aim of the coding competition was to design systems that can be used in agriculture to support digitisation measures. The groups were composed heterogeneously so that participants from at least three different workshops were active in each team.

The scope of the projects within the coding competition was accordingly large, sensors were used for data acquisition. Using wireless communication channels, the raw data was sent to servers, were processed and displayed using mobile applications developed in-house.

The two winners of the Coding Competition are presented below:

The team of the “Suolo” project was concerned with measuring the pH value of the soil. This plays an important role in agriculture, as it displays the quality of the soil and thus of the plants. Other sensors measure and store not only the pH value but also light/brightness, temperature and humidity. The measured values can be displayed and tips can be displayed in a developed app that is available for all end devices.
Suolo enables every farmer to assess the quality of his fields directly via his smartphone or computer and to derive measures from this. 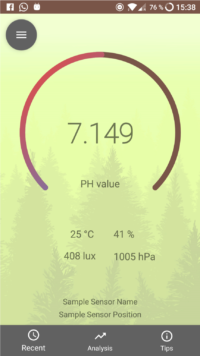 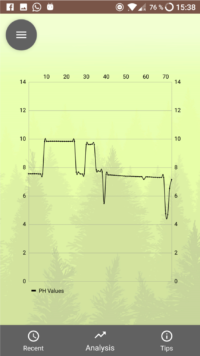 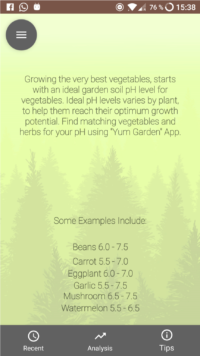 In the WaterData project, parameters of bodies of water were determined that indicate their quality (habitat). The “state of health” of a lake or river can also be read off from its pH value. Particularly, in southern countries water temperature plays a decisive role in summer, which has significant positive or negative influence on the habitat of animals and plants.
After data recording by sensors mounted on a remote-controlled boat, the measured values were transmitted over several kilometres using LoRa (Low Power Long Range Radio). With a server application, the data was processed and made available to a mobile application, which was also developed. 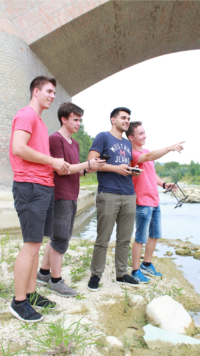 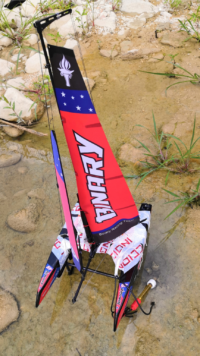 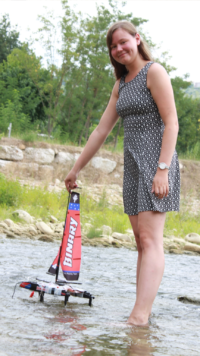 During your stay in the beautiful Marche region in Italy, you will discover exciting technology, study and get to test your skills and creativity during a 2-days coding competition.
But not only: You will also have the chance to discover the scenic beaches of the Mount Conero, enjoy the delicious regional Italian cuisine and participate in free time activities of your choice, for example a guided tour of the Frasassi Caves or a Wine Tasting in the hills.

Review of the Applied Summer School 2018 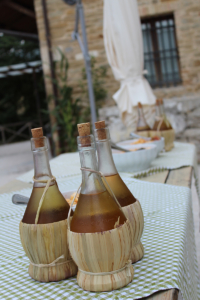 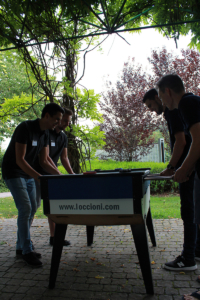 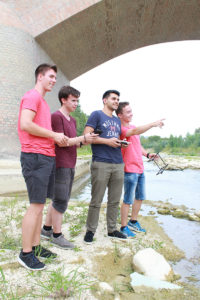 The booking form is available on our appropos academy. If you have any questions, please use our contact form.